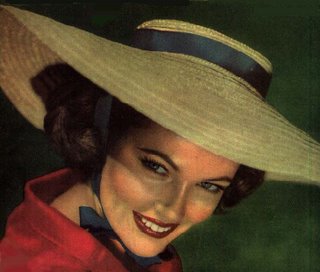 Posted by Richard Gibson at 4:01 PM No comments: 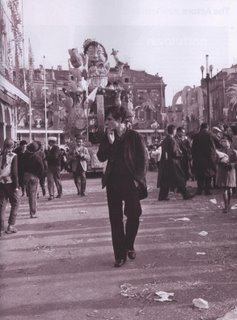 In the October issue of Sight and Sound there is an article 'Jean Pierre-Leaud - Lord of the Left Bank', p36-p39.
Posted by Richard Gibson at 3:59 PM 1 comment: 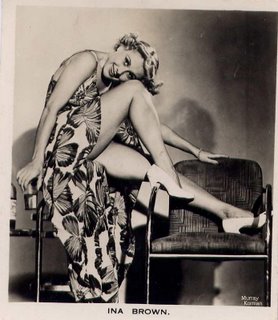 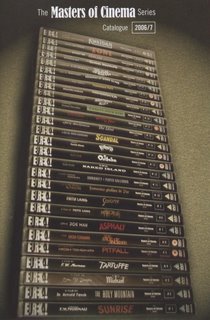 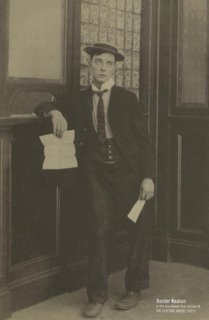 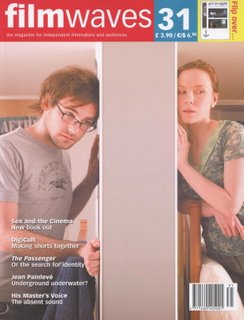 I think this magazine has had a redesign as I didn't recognise it when I first saw it. Anyway current issue has an article on 'The Passenger' which is why I bought it. 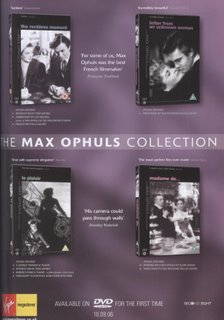 'The Reckless Moment'
'Letter from an Unknown Woman' (also being shown on BBC4 this evening)
'Le Plaisir'
'Madame de...'

All with extras, for example 'The Reckless Moment' and 'Le Plaisir' have introductions from Todd Haynes.
Posted by Richard Gibson at 1:17 PM 1 comment: 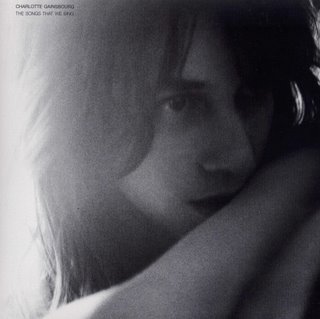 Okay, so I admit it's not from the archive as much as a new release but I stumbled on this new 7" from Charlotte Gainsbourg at my local record emporium.
Anyway the single is really rather good and there is an album out there now too. 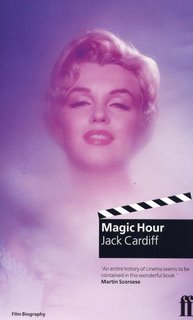 Links
Western Approaches on IMDB. A clip was shown and it looks like a very interesting film and is available on DVD, link.
Jack Cardiff, A Source of Light - article on Sense's of Cinema by Maximilian Le Cain, link.
List of questions posed to David Parker on BBC's Mastermind, link.
The Powell & Pressburger Pages - the Powell & Pressburger Appreciation Society, link.
My earlier post on this event, link.
Posted by Richard Gibson at 6:19 PM No comments:

Blow-up exhibition at The Photographers' Gallery 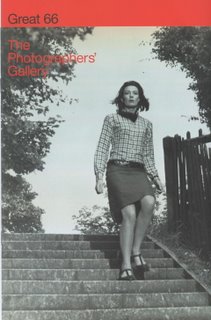 Cover of The Photographers' Gallery magazine (above) and inside the gallery (below). 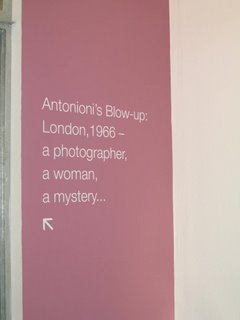 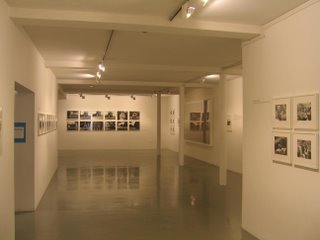 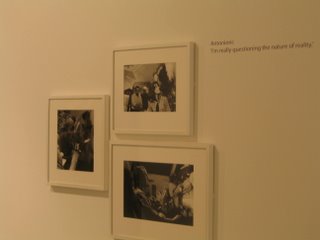 This film opens next weekend here. I'd only heard about it when I saw a magazine advertisement last month. I've heard mixed things but am still excited to see how this works with these three directors. 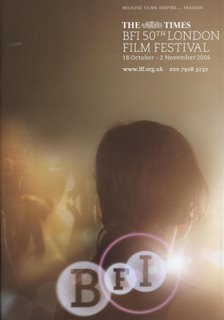 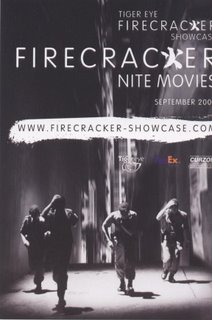 Posted by Richard Gibson at 7:21 PM No comments: 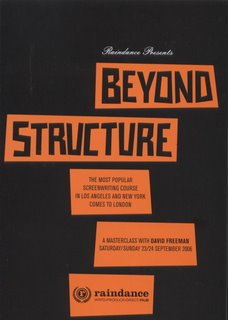 From the leaflet; "The most popular screenwriting course in Los Angeles and New York comes to London. A masterclass with David Freeman Saturday/Sunday 23/24 September 2006." 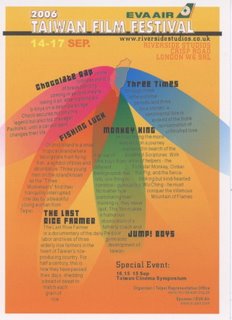 Okay, granted this one ends today but another Film Festival in London in September is or rather was the 2006 Taiwan Film Festival, 14th-17th September, held at the excellent Riverside Studios in Hammersmith.
Posted by Richard Gibson at 7:13 PM No comments: 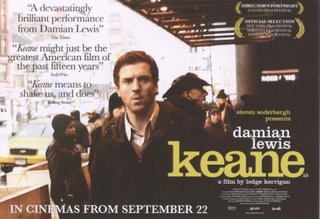 This film get's released here next Friday, 22nd September however on Wednesday 20th September at 18.30 there will be a preview screening with Damian Lewis at Curzon Soho, Shaftesbury Avenue.

Like 'Eros' this film, according to IMDB is from 2004 so I'm unsure why it's taken so long to get to these shores. 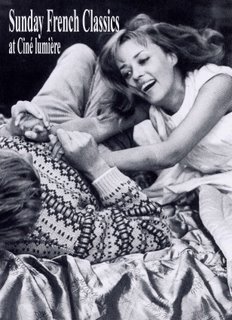 Cine Lumiere at Institut Francais has published the list of French films it will show on Sunday's at 2pm.
Organised in collaboration with Wallflower Press, publishers of 'The Cinema and France' and the forthcoming book 'The French New Wave'.

Posted by Richard Gibson at 9:33 PM No comments: 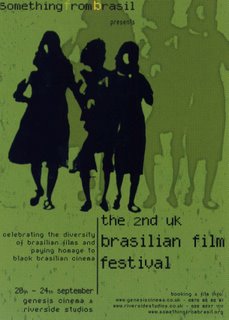 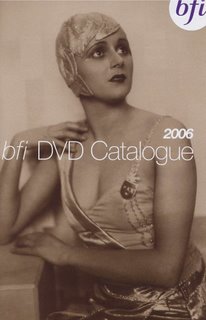 BFI will release 'Paris Nous Appartient' and 'Celine and Julie Go Boating' (Jacques Rivette) later this month. The NFT recently kicked off their Rivette retrospective with a new print of this film, which to the best of my knowledge is the first time on DVD in the English speaking world and unlike 'Celine and Julie Go Boating' has not been shown on British TV in a long time. 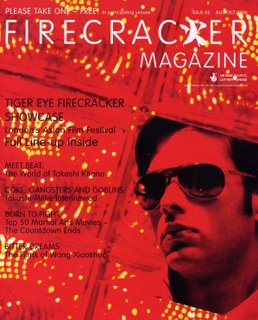 The second issue of Firecracker is out featuring:
Features on the films of Wang Xiaoshuai, Ram Gopal Varma
Interview with Takashi Miike
Preview of the Firecracker Showcase - a short festival of Asian Cinema in London
Pinoy indies: The Philippines Movie Scene 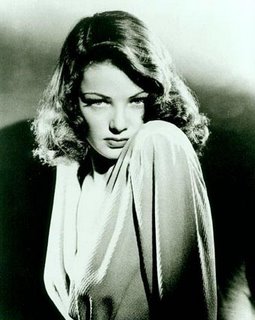 Posted by Richard Gibson at 9:04 PM No comments:

Filmbrain's 'Like Anna Karina's Sweater' has good news -'The Last Movie' is being shown in New York. He revisits the late Pauline Kael's comments on the film when originally released alongside 'The Last Picture Show'.

I just hope, like many others that there will be a wider re-release and a DVD of this sometime soon.

Link
Maybe Not the Last, But Certainly Not the Least - post on 'The Last Movie', link.
Posted by Richard Gibson at 8:49 PM 1 comment:

It seems probable that the new Spanish international film festival to replace the disgraced San Sebastian event will take place at Palma de Majorca in the Balearic isles. There are plenty of hotels and winter sunshine and the town is rich with tourism.
The things which attracts the Spanish film industry is that it will be possible to stage a European festival there before Cannes, possibly late March, and with luck and enterprise skim some of the celluloid cream from the French.

Does anyone know why San Sebastian was 'disgraced'? I actually was on the site earlier this week as this years festival is later this month. 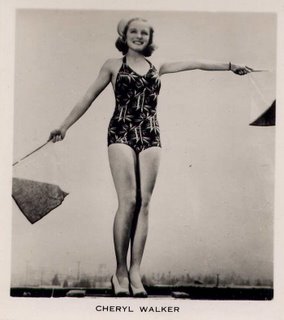 IMDB has come up trumps, turns out Cheryl was the (uncredited) double for Veronica Lake in 'Sullivan's Travels', amazingly trivial but also, to me very interesting. 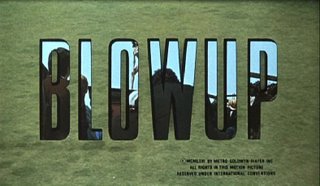 One of my favourite London gallery's has an exhibition taken by Don McCullin, perhaps best known for his war time photography, particularly the amazing photographs he took in Vietnam and Cambodia. McCullin, and I did not know this took the photos in the park scene, which kind of predate the photographs he was taking in the West Country in the 1980's.

If you plan on taking your children along there are exhibition notes for parents and teachers, details on the microsite.
The exhibition runs until 17th September. 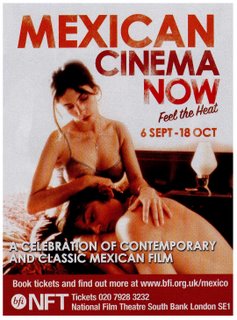 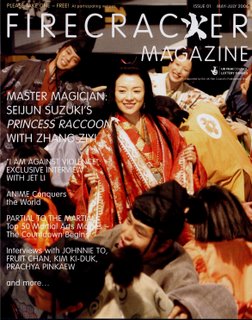 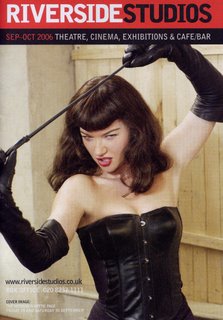 Posted by Richard Gibson at 8:28 PM No comments: