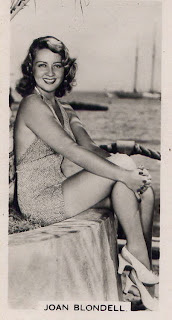 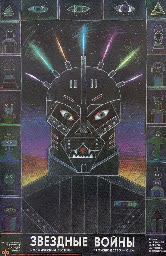 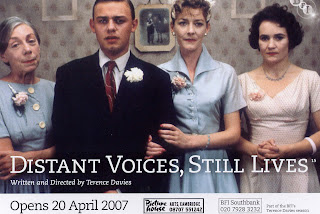 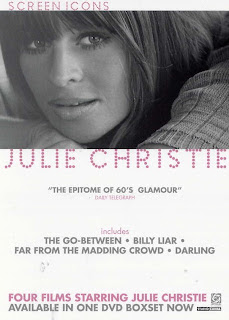 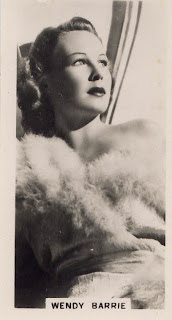 Out there in the blogosphere 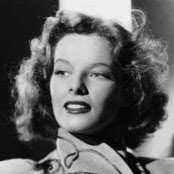 Katherine Hepburn is 100 today, see the tribute at Edward Copeland on Film, link.


Thanks to Glyphjockey for sharing the way to start the day the David Lynch way, link.
Posted by Richard Gibson at 6:49 PM No comments: 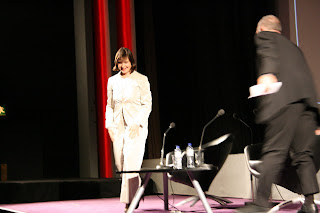 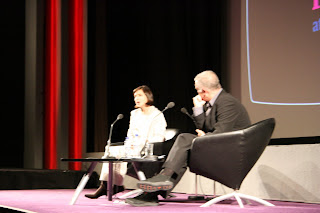 On Sunday I attended the screening of 'Rome, Open City' followed by Q&A with Isabella Rossellini, interspersed with some short films. Geoff Andrew (Time Out, BFI Southbank) conducted the Q&A.
The event was informative and interactive and was, I'm pretty sure sold out. I won't go into all of the details as the entire transcript from the Q&A is now online on The Guardian's site (see below link). Many of the things she discussed about her father are covered in her new book and the short film directed by Guy Madden; 'My Dad is 100 Years Old'.
I particularly liked the way she talked about her mother's relationship with her father, likening it to if Julia Roberts had fallen in love and run off with the best Iraqi director.
Ultimately I was pleased to get my copies of 'Stromboli', 'Europa 51', 'Voyage to Italy' and 'Fear' signed by her and enjoyed seeing 'Rome, Open City' on the big screen as well as seeing the rare films shown and hearing her talk about two of the people I have recently become very interested in; Ingrid Bergman and Roberto Rossellini.
Read the transcript to see why Isabella Rossellini was afraid of Anna Magnani, why Roberto Rossellini took glucose pills and which of her mother and fathers films are her favourites.
Looking through the May listings I have seen several of the early Rossellini films, the one Isabella Rossellini talked about and sounds intriguing 'The Miracle' (L'Amore) is showing next month when the season moves away from the neo-realist films into the documentaries and the ones that are not easy to see.
Clips/films shown
My Dad is 100 Years Old, link.
Brief Encounter with the Rossellini Family, directed by Gert Engstrom, 5 minute location film on the set of 'Voyage to Italy'.
The Chicken (billed on the programme notes as 'Ingrid' a segment from a film called 'Siamo Donne', link.
Links
IMDB entry for Roberto Rossellini, link.
IMDB entry for Isabella Rossellini, link.
The Guardian, transcript from the Q&A with Geoff Andrew, part 1 - link, part 2 - link.
Roberto Rossellini writes to Ingrid Bergman (earlier post), link.
National Film Theatre, Rossellini retrospective, link.
Posted by Richard Gibson at 9:15 PM No comments: 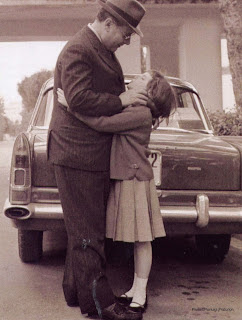 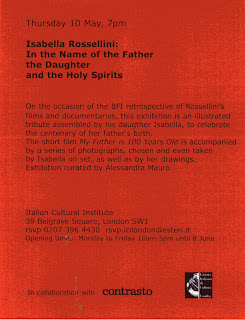 Link
10th May - 8th June, 2007
Isabella Rossellini: In the Name of the Father the Daughter and the Holy Spirits, at the Italian Cultural Institute, 39 Belgrave Square, London, SW1, link to their site.
Posted by Richard Gibson at 8:43 PM No comments: 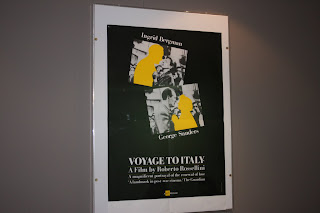 Voyage to Italy (Viaggio in Italia) will show as part of the Rossellini retrospective on Sunday 27th May at 16.15 and Wednesday 30th May at 20.45. I saw it as part of a double bill years ago, with I think an Antonioni film and I enjoyed it. I also really liked this BFI re-release poster shown here.
Link
IMDB entry for Voyage to Italy, link.
Posted by Richard Gibson at 8:34 PM No comments: