The bulk of Pedro Almodovar's film takes place in and around Madrid but the final scenes take place at a wonderful abandoned village called Granadilla (Caceres) near to Hervas, Extremadura where I spent the first week of my two week Spanish trip earlier this month.

The village itself was abandoned to make way for a reservoir which it seems in the end didn't actually rise that close to the village. The village is walled and contains some completely abandoned buildings, a church, town hall and a fort next to the main entrance. When I visited in the first week in July school children from all over Spain were learning farming methods, crafts and preservation of this historical site.

In the film Antonio Banderas searches for his parents and the house where he grew up and is seen wandering through the abandoned streets of Granadilla and looking out from the fort over the views of the reservoir.

My sincere thanks to Olga Tellez for organising this excursion. We spent our entire morning at this amazing village, walking around and talking to some of the students.

IMDB entry for Atame!, link.
A website with some additional views of Granadilla, including an ariel photograph on the home page, link.
Granadilla is in the region of Extremadura. Wikipedia link for Extremadura, link.
Posted by Richard Gibson at 10:45 PM 1 comment: 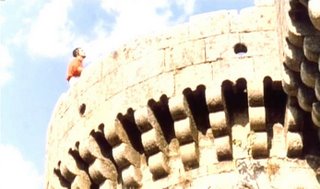 Antonio Banderas as Ricky on the roof of the fort at Granadilla.

Posted by Richard Gibson at 10:38 PM No comments: 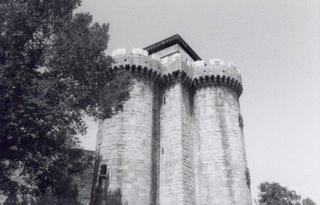 Posted by Richard Gibson at 10:35 PM No comments: 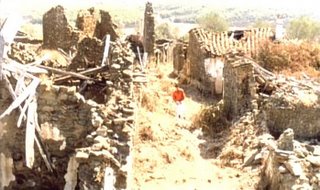 Ricky searches through the abandoned village of Granadilla for where he grew up.

Posted by Richard Gibson at 10:30 PM No comments: 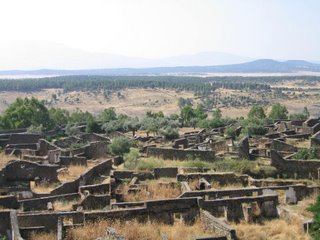 Posted by Richard Gibson at 10:19 PM No comments: 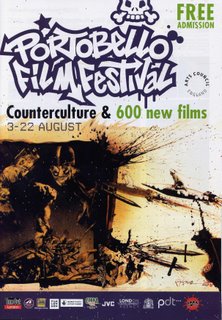 Posted by Richard Gibson at 10:17 PM No comments: 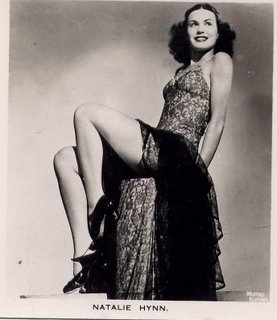 All the search engines could reveal was this link, dating this series of cards from 1939.
Posted by Richard Gibson at 10:10 PM No comments:

This is a great film magazine from a city called Cáceres in Spain. It's given away free and each issue seems to be themed.
The love of foreign and classic Cinema is well and truly alive in Spain. As I think I've commented here before many films unavailable on DVD in UK and US are readily available in Spain.

My thanks to Olga Tellez for giving me these copies of this impressive magazine. 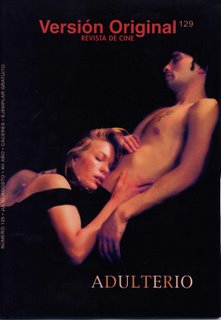 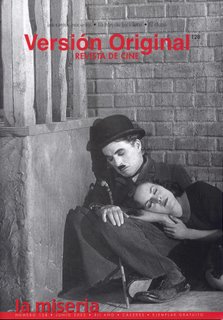 2 articles on 'Bicycle Thieves' one by Carmen Lloret and the other by Enrique Perez
'Les Glaneurs et la Glaneues', 'Capturing the Friedmans', 'Nanook of the North' and others by Angel Roman
'Salo' by Ramon Mondero
'The Kid' by Emilio J Hernandez
'Memoria del Saqueo' by Pedro Triguero-Lizana
'El Septimo Dia' by Cristina de Julian
'Maria Full of Grace' by Israel Paredes
'Leo' by Jose Maria Santiago
Posted by Richard Gibson at 9:23 PM No comments: 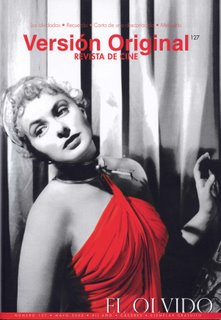 'Blade Runner' by Emilio J. Herandez
'Los Olvidados' by Enrique Perez
'Festen' by Ria Barcia
The role that memory plays in films and a detailed look at 'Memento' by Israel de Francisco
More on memory, with a specific look at 'Spellbound' by Jose Maria Santiago
'Letter from an Unknown Woman' by Pablo Segovia
'Citizen Kane' by Pedro Triguero-Lizana
'Eternal Sunshine of the Spotless Mind' by Ramon Monedero.
Posted by Richard Gibson at 9:02 PM No comments: 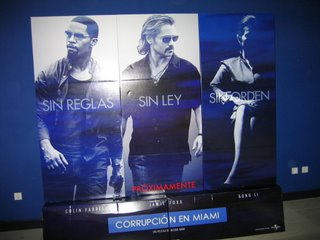 Click on over to Odienator's review at The House Next Door, link.
Posted by Richard Gibson at 8:33 PM 3 comments: 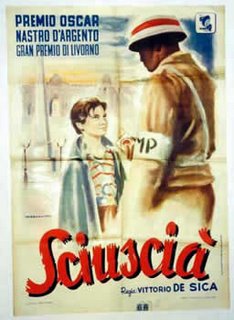 Masters of Cinema continue their superb DVD collection with 'Sciuscia' or as it's known 'Shoeshine', released in September. I've never seen this, so am really looking forward to it. 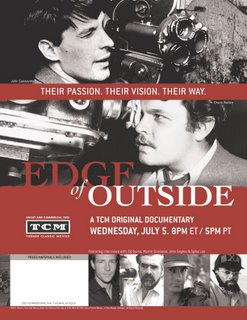 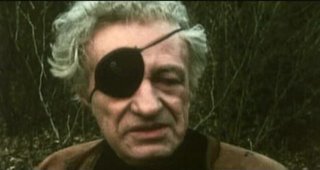 Posted by Richard Gibson at 7:31 PM No comments: 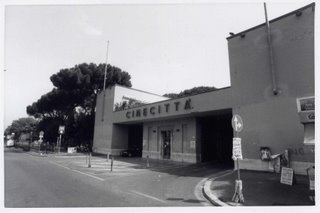 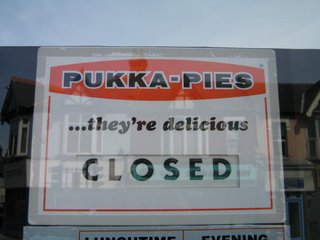 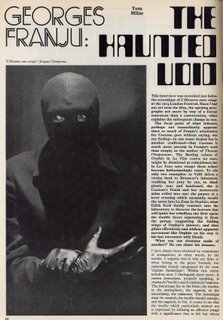 Posted by Richard Gibson at 11:41 AM No comments: 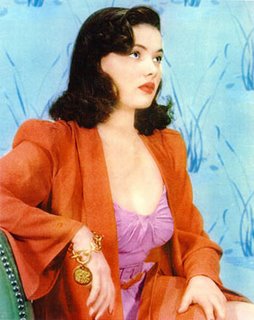 Posted by Richard Gibson at 11:36 AM No comments:

“Suzuki is a director who seems to have known the future before it happened…” Baz Luhrmann.

On Thursday night I attended the ICA's preview screening of 'Princess Raccoon' (Operetta Tanuki Goten) with Seijun Suzuki there to answer questions with Tony Rayns prior to the screening.

Suzuki is 83 years old and his breathing is aided by some kind of portable respiratory device, once he made himself comfortable making his way to the stage he was at home answering questions via an interpreter from Rayns and some from the audience. Rayns is well known for championing Asian cinema and even though he admitted he’d asked some of the questions before the responses always seemed to be fresh from Suzuki. When asked why he was making films within his first year of contract (sometimes as many as six per year) at Nikkatsu and Shohei Imamura wasn’t allowed to direct until his fourth year Suziki replied in a matter of fact fashion that I couldn’t tell whether he meant it or was partly joking “Because I was better than he was”. Rayns also interviewed Suzuki for his Sight and Sound article ‘Deep Seijun’ where he notes that Suzuki’s films were often B-movies shown alongside Imamura’s main features.

Rayns opened the evening with a clip from ‘Tokyo Drifter’ back to back with ‘Princess Raccoon’ to demonstrate the role that music plays in Suzuki’s work. Later he showed a clip from his second film ‘Pure Emotions of the Sea’ which is set on board a whaling ship and also included musical interludes. Which Rayns pointed out was not available on DVD, his source was a video recording from Japanese television. Sadly Suzuki’s films are few and very far between at least here in UK ‘Tokyo Drifter’, ‘Branded to Kill’, ‘Gate of Flesh’ and ‘Pistol Opera’ the film he made in 2001 are available but that’s a pretty poor showing out of a possible 56 films.

When asked about the future of cinema Suzuki replied “Ask God”, when asked if he’d make another film he seemed to imply it was unlikely, certainly the Japanese in the audience I spoke to agreed with Rayns when he refers to Suzuki as the greatest living Japanese film maker.

ICA, link.
The Diawa Anglo-Japanese Foundation, link.
Posted by Richard Gibson at 11:20 AM No comments: 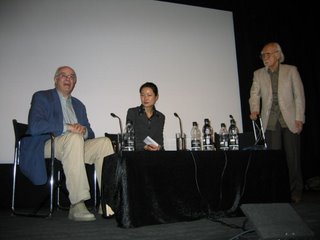 Posted by Richard Gibson at 10:51 AM No comments: 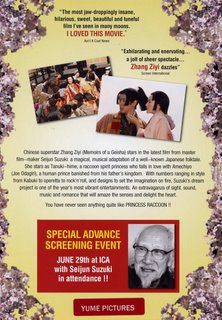 Posted by Richard Gibson at 10:48 AM No comments: