Stars of stage and screen # 6 : Laurel and Hardy 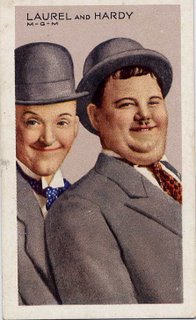 This famous partnership started in 1927. Laurel had been playing in two-reel comedies and Hardy had been a vaudeville star for some years. Their first talkie "Jailbirds" made their name as inimitable comedians, and they have since worked together in many successes. These include "Fra Diavolo" (in which also starred Thelma Todd, another M-G-M star in this series, No. 4) "Fraternally Yours," "The Private Life of Oliver the Eighth" and "Hollywood Party".
Park Drive Cigarettes, Gallaher Ltd. Virginia House. London and Belfast.

Some links:
The Laurel and Hardy Museum in Stan Laurel's home town of Ulverston, Cumbria. A small but perfectly formed museum were the staff are very welcoming. I visited about 10 years ago and found it to be a real treat. I remember looking at the correspondance Stan kept with fans and being reminded of an old TV documentary that showed Stan welcoming fans at his Hollywood home into the 1960's. Link.
The very modest house in which Stan Laurel was born in Ulverston can be seen on this fans website. Link.
Wikipedia entry, link.
It always suprised me how Laurel and Hardy were called different things around the world. Link.
Posted by Richard Gibson at 9:10 AM 1 comment: 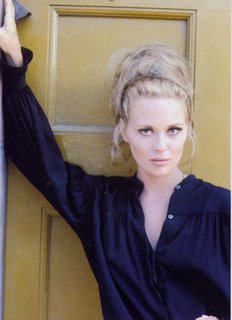 Photographed by Pierluigi Praturlon.
Posted by Richard Gibson at 8:56 AM 3 comments:

I watched 'If....' again today and thought it would work well as a dream double bill alongside 'Punishment Park' which, I had just recently seen for the first time. 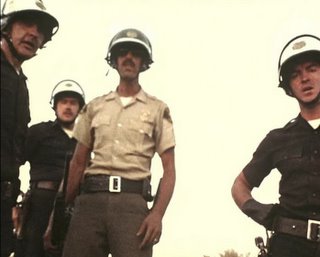 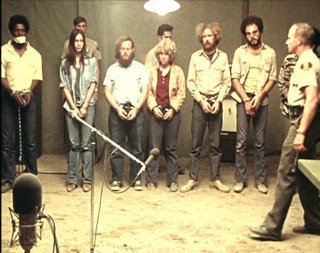 The accused in 'Punishment Park'.

Posted by Richard Gibson at 11:00 PM No comments: 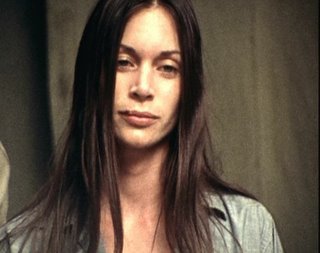 From 'Punishment Park'.
Posted by Richard Gibson at 10:53 PM No comments: 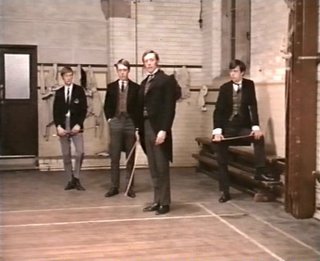 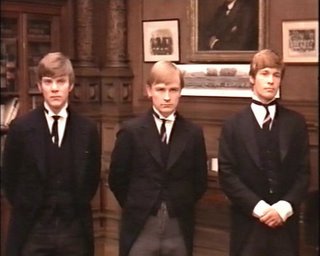 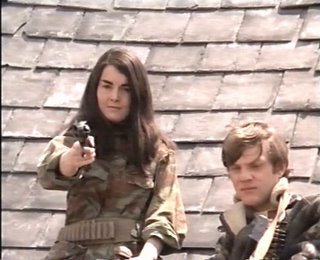 Christine Noonan and Malcolm McDowell in 'If....'.
Posted by Richard Gibson at 10:24 PM No comments: 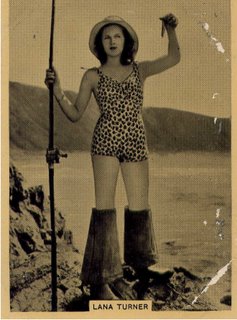 IMDB entry for Lana Turner.
Post on Lana Turner at Self Styled Siren.
Posted by Richard Gibson at 9:45 PM 2 comments:

You can listen to this programme until next Saturday (18th Feb) when they broadcast the new show at around 17.00 GMT. 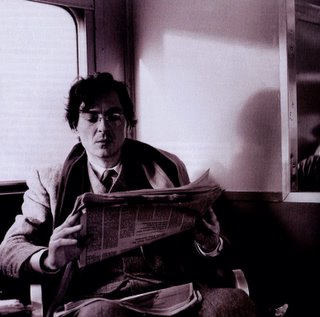 Posted by Richard Gibson at 9:56 PM No comments:

More on that eagerly awaited remake of 'The Wicker Man'

Article from The Independent. I'm with Ingrid Pitt (who I met once and signed a VHS copy of the original) when she says "..it's a crime".

Link.
Posted by Richard Gibson at 9:52 PM No comments: 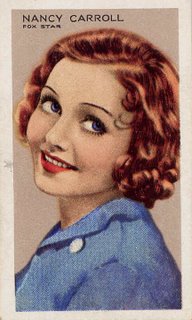 Nancy Carroll was born in New York City in 1906, and appeared on the American stage before being chosen for films. She achieved immediate popularity in her first film "Ladies Must Dress". This was enhanced by her talkie debut in "Close Harmony," followed by several successes, the best remembered being "The Kiss Before the Mirror," "I Love That Man" and "The Woman Accused." Her latest talkie for Fox is "Springtime for Henry".
Park Drive Cigarettes. Gallaher Ltd. Virginia House, London & Belfast. 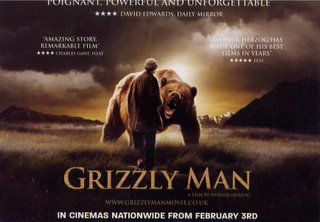 I really enjoyed the last 2 documentaries by Werner Herzog that I saw ‘My best fiend’ and ‘Little Dieter needs to fly’ so I was really excited about the prospect of ‘Grizzly Man’.

After the first 10 minutes or so I thought what else is there to tell us about Timothy Treadwell but what unfolds is really Herzog’s unbiased view of Treadwell’s character. For me Herzog is totally at home exploring this complex individual’s life. My recommendation would be to see this film before we have Leonardo di Caprio playing Treadwell in a Hollywood version of his life, I have a feeling we learn more about Treadwell in this even though questions are not necessarily answered than the alternative. 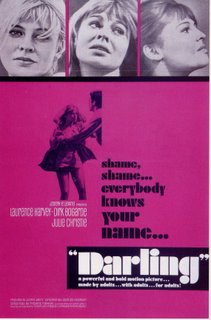