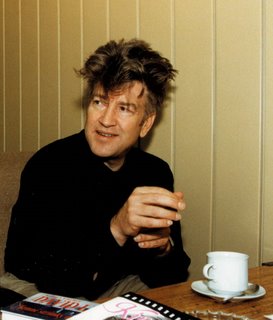 David Lynch is coming to London. He's coming to the National Film Theatre on 8th of February to introduce a screening of 'Inland Empire' as well as host a Q&A afterwards. Sadly I called for tickets the day the box office went open and they sold out in 6 minutes, I think quicker than when Tom Waits came to Hammersmith a couple of years ago. I'm pretty gutted, if anyone out there has bought an extra and needs a 'friend' to accompany them then by all means drop me an email.
Time Out reported that at a New York city showing tickets were going for $75 and the touts (scalpers) were out in force.